Arrowhead Concrete:
A Concrete Company since 1937

Arrowhead Concrete Works was started in 1937. The business consisted of manufacturing concrete block by hand and then delivering them to local masonry contractors.

We've come a long way since 1937! In this business, we are constantly improving our process, management, and relations with our valued customers. Meet the current managing company personal: 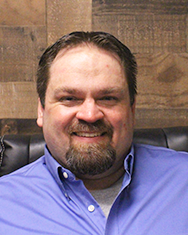 Ryan started with the company in 2002 as a truck driver, he became Plant Manager of Lakehead Concrete in 2007 and now as President he oversees the Operations and Marketing for all three locations.

Ryan Attended Northwood University of West Palm Beach Florida where he pursued an education in Business and Marketing. Ryan currently holds several Certifications for Ready Mix Batching, Mix Design Creation, and Concrete Testing from the Minnesota Department of Transportation, American Concrete Institute, The National Ready Mixed Concrete Association and a Masters Certificate in Concrete Production from the World of Concrete.

If you have questions, suggestions or inquiries please don't hesitate to send me an email. We are happy to serve you. Thank you! 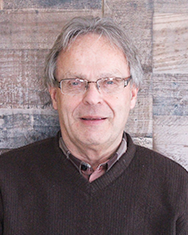 Jim came to work at Arrowhead Concrete in 1970 as a Ready Mix Truck Driver while he was attending UMD. Jim graduated in 1972 with degrees in Business and Accounting and a minor in Economics. He continued his education and received a Master’s Degree and his CPA license in 1974. Following his education, Jim was an instructor at the University of Wisconsin- Superior and taught evening classes to commissioned officers at the Duluth Air Force Base.

If you have questions, suggestions or inquiries please don't hesitate to send me an email. We are happy to serve you. Thank you!